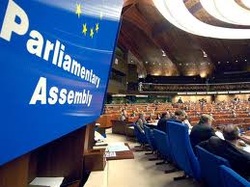 (18.45 CET) THE PRESIDENT – We now come to the joint debate on two reports from the Committee on Migration, Refugees and Population. The first, titled “Asylum seekers and refugees: sharing responsibilities in Europe”

I call Ms O’Sullivan on behalf of the Group of the United European Left.

Ms O’SULLIVAN (Ireland) – I thank the rapporteurs for both reports, and I have taken part in the Living Book. When we talk about asylum seekers and refugees, we are really talking about a human rights issue. It is a human rights issue (a) that cannot be allowed to become tangled in economics, with countries saying that they cannot afford to take responsibility, and (b) for which all the countries of Europe should share responsibility.

It is easy for some countries to say, “It is not my problem, it is not my issue,” and leave the responsibility to the countries that the refugees and asylum seekers reach first, but that is morally wrong. The human rights of asylum seekers and refugees are far down the list of priorities in many countries, but it is the belief of the Unified European Left that this matter needs to be moved up the list of priorities for all European countries, so we very much agree with and support the principle of shared responsibility. But support for a principle is not enough – it must translate into positive action for refugees and asylum seekers.

Looking at Amendment 1, if people wish to return home, that is of course their right, but it cannot be because they have been held in such deliberately deplorable conditions in detention centres that returning home, even to danger and abuse, is preferable. Regarding Amendment 4 – without starting a name and shame game – if conditions in certain centres are below international standards, that must be highlighted and, more importantly, action taken.

Certain groups of asylum seekers and refugees are particularly vulnerable and need much greater protection than they are being given. This is a role for all of Europe. Children or minors, unaccompanied and undocumented, and young women provide potential for traffickers, and far too many have gone missing. Another vulnerable group are the elderly.

On the interception and rescue at sea report, appeals for rescue cannot be ignored, as has happened and led to so many deaths. We must all agree that “place of safety” also entails respect for basic rights.

Recent conflict situations in Libya and the Arab world are not a new phenomenon. Many of the situations causing people to flee have their origins in the European colonialism of past centuries, with many European countries carving out empires for themselves in Africa, Asia and South America with total disregard for the rights, culture, heritage, language and beliefs of the ethnic population. That is another strong argument for the principle of shared responsibility.

Every country in Europe has seen its sons and daughters leaving over the centuries. Those people have made massive contributions to countries such as America, Australia and New Zealand. The asylum seekers and refugees coming to Europe now can make similar contributions if we all share responsibility and give them those chances, rather than leave them languishing in detention centres.

Recent European decisions and European collaboration have caused and in some cases continue to contribute to the dreadful situations from which refugees and asylum seekers are fleeing in their countries of origin. So there is a need for a strong statement from the Council of Europe calling for an end to the war in Libya and to the persecution of men, women and children that is causing people to flee their homes. No one should have to leave their home.

Europe must lead by example with fair and just treatment of refugees and asylum seekers, and that is a responsibility for all the countries of Europe. If the situation were reversed, and we Europeans were fleeing Europe to find refuge in Africa, how would we feel if we met the conditions that refugees and asylum seekers face in Europe and heard that only certain countries were supporting us?

THE PRESIDENT – Thank you, Ms O’Sullivan.