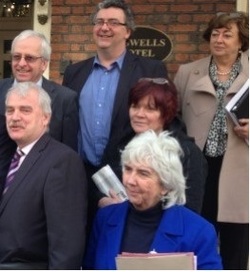 “The website goes live as very much a work in progress and it is envisaged that the site will attract attention from independent candidates across the country now that it is live and as a result the number of candidates featured is likely to expand over the coming days and weeks.”

“The entire basis for this Network is support, support for people who are running, or considering running, for election.  Running for election can be a daunting prospect and the aim of this Network is to offer support, encouragement and practical advice and guidance to encourage new and vital voices into the political process.”

“If we can harness the energy that is evident at a community level throughout this country and encourage those people to step into the political arena then we can revitalise politics and offer people an alternative to the status quo.”
Visit at: www.independentsnetwork.org 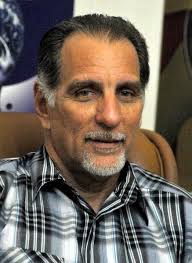 It is appalling that René is not allowed into Britain as a key witness of the Inquiry. Still hoping a visa will be issued to him, as an appeal is lodged.

I'm attending Inquiry and meeting MPs in Westminster tomorrow with Thomas Pringle Independent TD and we will raise issue there. 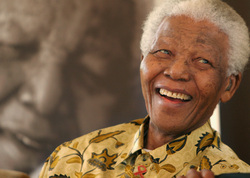 Nelson Mandela helped shape AWEPA
06 December Irish AWEPA Section expresses sympathy on death of Madiba
(Click for Full Press Statement)
"I hope the words and actions of Nelson Mandela live on, particularly when he spoke about leaving bitterness and hatred behind and accepting and valuing the principle of reconciliation. I hope that his philosophy can be applied and followed in the many conflict situations in the world today."
Maureen O'Sullivan TD, current Head of the Irish AWEPA Section

Members of an inter Party delegation of TDs who visited Michael Campbell in prison in Lithuania recently, have welcomed the decision of the court in Vilnius today to release him immediately.

The presiding judge ruled that the state had not presented sufficient evidence to prove its case against Campbell .

“We met Mr. Campbell in prison and it was clear that not only were there serious concerns over his conviction, but that he had spent over five years in poor, over-crowded and inhumane conditions.

“We are therefore delighted for Mr. Campbell and his family, and hope that the can rebuild his life on his return to Ireland.” 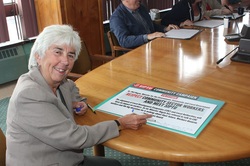 Click to see SIPTU link
11 August Dublin Central TDs call on Minister to meet with community workers’ union
“I support the petition because there has to be meaningful consultation with the workers. Staff and services for communities have to be prioritised. The community workers are the people who know the issues and the problems, and can certainly contribute to the solutions”.

Nearly 1000 people have signed the petition in response to Minister Hogan’s refusal to meet with SIPTU members to discuss their concerns over plans to align Local Development Companies with Local Authorities. This alignment process will have major implications for jobs and services as well as removing control of services from local communities. 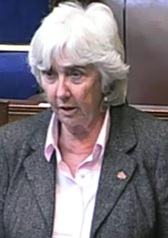 
In the debates & votes that took place over the last number of days.
Some recent media reports said I voted 'Yes', some others said I didn't vote.
I voted 'Yes' to moving bill on to next stage re taking amendments
and I voted 'Yes' to including 'Fatal Foetal Abnormalities' amendment, which was defeated.
I voted 'Yes' to excluding suicide parts on the Bill, amemendents which were defeated and then abstained on the Bill itself
as I had indicated that I would do when I had my Dáil speaking time on Monday 01 July. 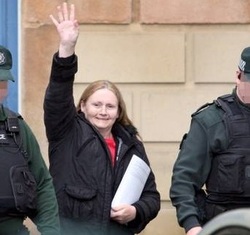 - It is good to hear she has been released

without charge and particularly in such Ill health.

27 May Magli Llort gets to visit son, Fernando González (Cuban 5) 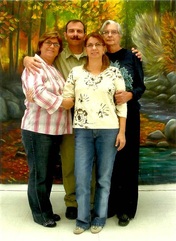 Delighted that Magli & her family have recently been able to visit her son Fernando, finally after 14 years
and I'm hoping for more positive movements on the Cuban 5 matter.

I met with Magli Llort in Cuba last year. She came here last September
and she met with many groups through Ireland, speaking about the Cuban 5
and being seperated from her son for such a long time 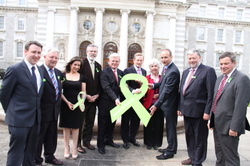 01 May Name The New Bridge After Tony Gregory 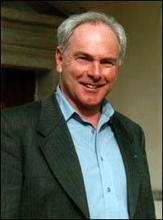 Click to Like & Share on Facebook
There is no one more associated with the Inner City, with the people, communities and their issues
than the late Tony Gregory.
Issues of housing, employment, street trading, drugs, crime, community, youth facilities and education. 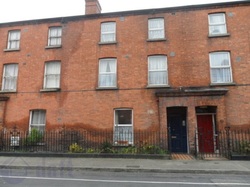 In response to a Department of Environment Report confirming that more than 90% of private flats inspected by Dublin City Council are unfit for habitation, Maureen O’Sullivan, Independent TD for Dublin Central states ‘I have been raising this issue regularly. It has now reached crisis point.’

‘I have constituents who regularly contact me saying they live in cramped, damp apartments; waste disposal is a huge problem.’

She continues, ‘there are also high numbers of vacant households across the area.’

‘This year marks more than 30 years since the ‘Gregory Deal’, which led to action- a construction programme of adequate social housing, training opportunities & job creation. It is shocking that we are revisiting this type of crisis again in 2013. Austerity measures have led the Government to outsource the housing issue to the private sector while simultaneously cutting rent allowance and other social supports. These circumstances are putting people at greater risk in desperate conditions.’

‘The private sector cannot and is not addressing the social needs for many of these tenants. People are experiencing poverty & unemployment. Some of them have alcohol, drug and mental health issues that require proper supports.'

‘Profit-driven landlords are not the solution, accessible adequate social housing is the solution and this requires an immediate investment of state resources.’ 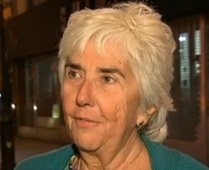 International Women’s Day will be celebrated at 11am on Friday with Dublin City Council’s Irish language walking group as they visit Leinster House where they will meet with Independent Dublin Central TD Maureen O’Sullivan and receiving a tour of the Houses of the Oireachtas.